Did You Know? Learn More About Mercedes-Benz!

At over $1.5 billion in cost, Mercedes-Benz Stadium features a modern and state-of-the-art design featuring a retractable roof made of eight sliding panels opening like a pinwheel. Throughout the 70,000-capacity stadium, you’ll find luxurious ammenties, such as multiple resturants, including a Chick-fil-A, a circular LED scoreboard that stretches throughout the stadium, a bar that stretch the 100-yard length of the field, and a modern art collection with more than 180 original commissioned pieces. 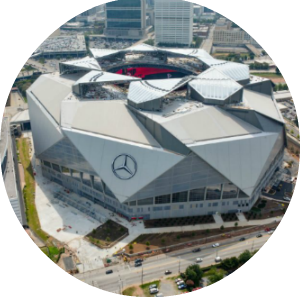 Who do predict will win Sunday night’s game – Falcons? Packers?

Leave a reply below with your pick!

What is the MANUFAKTUR program from Mercedes-Benz?

Can I still shop for a car during the Coronavirus outbreak in Scottsdale, AZ?

Say goodbye to this Mercedes-Benz sportscar

Where to find the 2019 Mercedes-Benz A-Class in Scottsdale, AZ